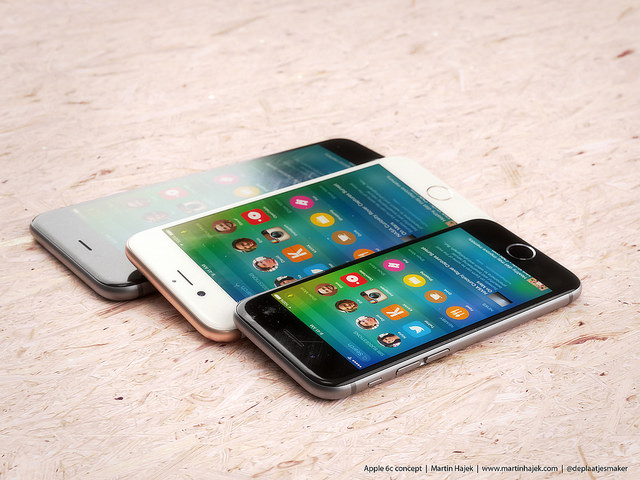 Some countries only just received their shipment of iPhone 6s and 6s Plus this December, yet rumors of Apple’s next handset are already gaining recognition online. The next smartphone from the California-based tech company has been dubbed the iPhone 6c, which comes with a classic look but with more advanced features than its predecessor, the 5c.

Stories started circulating about the next budget-friendly handset back in May. Leaked photos of a handset that looks like the 6s but its color selection copies the 5c appeared on the Apple Store website. But, a few hours later, the page was no longer accessible. The Guardian was amongst the first to release screenshots of the said smartphone, but its authenticity remains questionable.

During the recent launch of the latest wave of Apple devices, there was no sight of the iPhone 6c. At the 2015 Keynote event, the company disclosed four core products, namely the iPhone 6s, iPhone 6s Plus, iPad Pro, and the Apple TV. Undoubtedly, the two new Apple handsets were the highlight of the event.

The iPhone 6c is reportedly going to be launched sometime in March 2016. It will possibly be announced/released along with the upgraded Apple Watch 2. The wearable is said to be arriving at retail stores by April 2016, but dates for the delivery of the 6c are still unclear.

From the screenshot shared by The Guardian, the handset resembles the other iPhone 6 series handsets, with the big Touch ID as its home button. But, the most obvious change will be its size. Instead of making it big or even just bigger, Apple has decided to give the 6c a classic touch by making it 4-inches in size. Of course, the candy color selection was a giveaway that it will be the successor of the iPhone 5c. But, what other features should we expect from the handset? Here are some of the specifications that will ‘possibly appear’ on the iPhone 6c:

This holiday season, some handsets are now on sale, and even selected wearables were seen, as the perfect gift for loved ones. However, it seemed Apple wasn’t willing to make any amendments to its prices even during the festive season. In the list published by O2, Samsung and other Windows Phones were among the top smartphone manufacturers to slash their prices during December.

With the upgrades on the iPhone 6c, it’s unlikely that Apple will ever become a producer of ‘budget-friendly’ devices. In fact, the handset is said to cost between $400 to $500, which is still not that far from the cost of their premium handsets.

Despite various rumors predicting the iPhone 6c will surface on the market by early next year, it looks unlikely that they will do so based on the company’s historical marketing strategies. Apple has been known to only officially launch mobile devices at their Keynote events, which are held every September.

But, who knows? Apple isn’t particularly great at keeping secrets, as most of the leaked information from reliable sources often proved to be true. For now, all we can do is wait for the iPhone 6c to arrive on the market. What other new features do you expect to see from this new Apple handset? Do you prefer smaller iPhones to bigger ones?