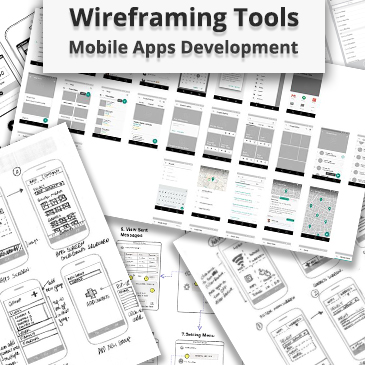 This is a platform which is used for building prototypes of the interactive mobile applications. The prototypes resemble the final product and hence give developers a clear picture of the look and features of the app.

The easy to use tool allows developers to create clickable prototypes and mockups. They provide an exceptional user experience by virtue of the large number of appealing user interface elements that can effectively function on Android, iOS and web based platforms.

The wireframing tool is extremely agile and quick and allows developers to experiment with various kinds of ideas. The tool facilitates feedback, collaboration and sharing.

This tool facilitates creation of prototypes. It offers open source frameworks for prototyping and provides instant feedback. It can function effectively on WebKit, Android and iOS. The tool can also be used for animating objects in spring physics and 3D space.

The Mockingbird tool allows users to develop projects and use images that are representative of key features of the final product. The tool can be used to create prototypes for mobile applications and websites of any design.