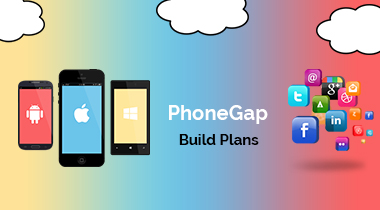 By bringing in web technologies like HTML5, CSS3, and JavaScript, Cordova Apache or PhoneGap has introduced a generation of cross-platform app development. This has been considered as a remarkable accomplishment and was acclaimed globally. In 2009, PhoneGap received the People’s Choice Award. But, there was one crucial challenge for every PhoneGap app development company regarding code compilation to suit numerous target device platforms, particularly, iOS, Android, Windows Phone, etc.

Due to Adobe, PhoneGap app development organizations can utilize its PhoneGap Build service to compile the source code of various web technologies equivalently and effectively. The compiling takes place automatically in order to suit different platforms or devices. Hence, app developers would not have to worry over the native properties needed to develop an interesting mobile app. PhoneGap Build – a cloud-based service is introduced by Adobe. Any submitted app-build gets compiled by utilizing the latest Software Development Kit (SDK) as made accessible by the native platform owner. For example, if a PhoneGap build has to target iOS 10 iPhone or iPad, then it would be compiled utilizing the resources of iOS 10 SDK offered by Apple only.

The cloud services facilitate collaboration along with a PhoneGap build compilation. Developers can operate collectively from various devices over the Internet and complete the work without any hassle. The project supervisor can assign work to different developers and monitor it all. The service can also be utilized to debug and push updates to an existing version by utilizing Hydration (a built-in feature), thus, letting all team associates operate with the best up-to-date version.
On the basis of the requirements, an app development organization can go for the ideal subscription from the available options.

This is a distinct paid subscription yet it’s a premium membership roping in some supplementary Adobe services. This can be subscribed through an entitled reseller of Adobe. Apps worth the size of 1 GB can be submitted by any particular member of PhoneGap App Development Company. All other aspects are similar to the Paid scheme (the one which we discussed above).

Hence, Adobe has eased the PhoneGap development procedure to a great extent. It is quite easy to start using the service. A developer has to upload the app build consisting configuration file and web access file. The latter includes HTML, CSS, JavaScript, images and other elements.

Instead of the index.HTML file, a zip file can be uploaded too. It is necessary to provide the path of the Git or SVN. After that, the Adobe service carries out the compilation and packaging and provides the app URLs for the targeted mobile platforms.