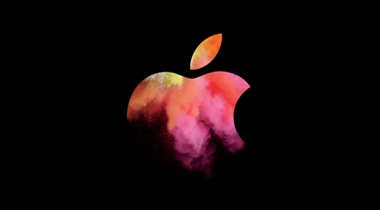 Apple recently launched its four flagship devices and is also due to release the latest version of operating system “iOS 11” on 19th September alongside the iPhone X and iPhone 8. This latest iOS version was unveiled back in the month of June and includes myriad upgrades including a “do not disturb while driving” mode and iPhone-to-iPhone payments. iOS 11 is all set to release on September 19th, 2017 and will be shipped with iPhone 8 and iPhone X.

The following devices are compatible with the new iOS 11:

That being covered, let’s look at some other great features in the new iOS 11 version by Apple.

P2P Apple Pay: P2P or peer-to-peer is probably the most anticipated feature introduced by Apple where it allows the users to send and receive payments within their messenger. This can be done through a biometric security system where the user needs to verify their identity through Touch ID or Face ID. This feature has been provided for all iOS devices and also the Apple Watch.

Maps: Apple Maps has a new feature in iOS – a speed limit guidance and lane navigation. It will also feature detailed floor plans of airports and malls. One more feature that has made it to the list is an AR tool that guides the users by adding directions onto the real world.

New control center: Apple has renewed its control center in its latest OS version where the screen has a streamlined look all on a single page with sliders and key functions. The users can use the 3D touch to access different options and information. Hence, you will get to see a more de-cluttered look with iOS11.

New Messenger: Apple’s iMessage will feature a system that would synchronize messages across devices where if you delete a message in a particular app it will delete it across all other devices. There is also a new toolbar for stickers and emoji within the iMessage. One of the major updates of iMessage is the Apple Pay feature which enables users to send payments through iMessage.

Enhanced Camera: The iOS11 would come with series of upgrades when it comes to its camera and picture quality. It will include better video and picture compression offering the exact same image quality but at half the size. Users will also find some changes in the portrait mode including low light photography through its dual cameras. There is also this “Loop” and “Bounce” effect which can enable the user to create continuous video loops for live pictures.

Apple Music: Users will get to see a redesigned Apple Music App which would enable them to see what their friends are listening to and create profiles which can even be followed by their friends. It would also support Shazam.

Smarter Siri: The iOS 11 will have a totally renewed and a smarter Siri. The new Siri would come with more genuine male and female voices and can translate speech (into English, German, French, Chinese, Italian and Spanish). You can also use it for task management, QR code scanning, and for taking notes.

Siri will also guide the users in using the device as well as apps and other services. The smart assistant would also identify the things that interest you and recommend you accordingly.