The Expected release date of Android 7.1 Nougat on Various Devices 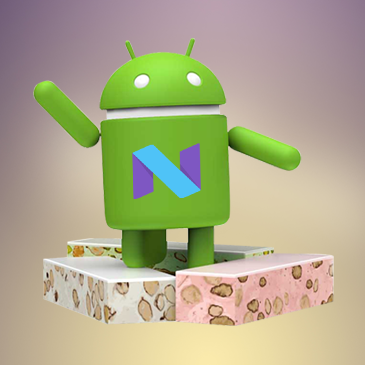 Android releases major updates on a yearly basis. This year it is called the Android Nougat, inspired from the famous dessert.

Unlike the updates released in the earlier years, the Android Nougat has been first released to app developers. It consists of a public preview program which enables developers to access the new version. It was recently released on the Nexus devices.

Google also launched the Pixel XL and Pixel devices on the Android 7.1, thereby incorporating certain exclusive features on the new versions of its phones. Google launched the Android 7.0 Nougat on Nexus devices in August. However, the Nexus 6 received the update only in October.
The Android Nougat will include features like the Daydream VR support on Google devices. The release date of this is yet to be announced. The launch is however expected before we bid goodbye to the year 2016.

As for Blackberry, it has yet to catch up with the update as is its trend. The Priv version of Blackberry was launched on Lollipop. However, the devices witnessed the Marshmallow update only after six months. The Nougat update is expected on Blackberry devices by 2016 end.

HTC promises software updates valid till 2 years within a period of 90 days from their launch. HTC is expected to soon launch the update in unlocked versions of the devices HTC One M9, HTC One A9 and HTC 10. The update is also expected to be launched on the One M8 by November 2016.

Huawei is expected to launch the Nougat update on the Mate 9 model before the year 2016 comes to an end. The older devices may however have to wait little longer to get the update.

Honor is a Huawei sub brand. Seeing the past trend of Honor in terms of Marshmallow updates on its devices, it can safely be assumed that the Nougat will be launched in the early months of 2016. The fingerprint scanner feature of the Android 7.1 which has made Android App Development easier is however offered already in a range of Honor devices.

The other smartphone manufacturers like LG, Motorola, One Plus, Samsung and Sony Xperia are also expected to launch the update by 2016 end or 2017 beginning.