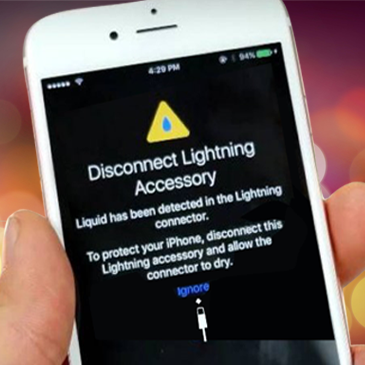 Smartphones have now become extremely important and are used for a variety of tasks. Most OEM’s have already added the IP68 certification which makes the devices dust and water resistant. A number of Android phones launched by Google also have waterproof feature. While Apple till date has not launched a waterproof iPhone, the iOS promises the advantage. With the onset of the rainy season, this comes as a relief for most iPhone owners.

The iOS 10 has features that can alert users about the presence of liquid or moisture in the lightning port. Many times, moisture may accumulate in the charging ports due to the phone getting wet or when it comes in contact with clothing with accumulated sweat. Moisture may also seep in the port in when the device is put in an air conditioned environment for long periods of time. In such circumstances, charging the phone may be risky. The alerts can warn users and hence prevent damage to the phone. The goal is achieved by a secret sensor.

The beta 2 iOS 10 issues a warning prompt the moment water or moisture enters the lightning port located of the device’s lower side. In such circumstances, users are strongly advised to immediately remove the charging cable. It is recommended to reuse the cable for charging only when the phone is completely dry.

With competition rising in the smartphone industry, major players are increasingly developing and launching features that can offer higher functionality. With the large fan following of Apple phones, the feature was long awaited in iPhone app development. It provides many advantages to the users. Users can now safely use and charge their phones without having to worry about the device getting damaged due to undetected moisture content.