What app development technologies got overlooked in 2016 and what to expect in 2017? 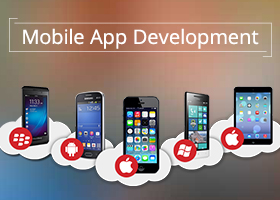 The majority of the businesses today have transformed digitally due to the evolution of the mobile apps. Over the last few years, we could see an incredible trend hike in the production of smartphones. Also, mobile app development technology is developing at a rapid pace. According to 2016 reports, more than 75% of businesses would have implemented mobile app building platforms depending on numerous technological trends which are evolving rapidly. It is very difficult to keep up with the emerging trends as they are evolving at an extraordinary pace. With cut-throat competition in the market, often, some of the technologies lose their footing while new ones arrive as the latest trend. Below are some technological advancements of 2016 that lagged behind and some innovations to expect in 2017.

AI (Artificial Intelligence) may help in designing and creating, but can’t beat the perceptive intellectual power of a human brain. No change can be brought in the experience even with AI.

AI seems to ensure an uphill trend as it is gaining friction. But, even if many people are investing in this technology, there is still an uncertainty about it. Hence, although iOS 10 is being programmed with Siri extensions, the possibility of a large number of people genuinely adopting this prospect is trivial.
Besides AI, polymer – web components is a new technological area that won’t get enough acceptances in the app development field. Web components can be used by developers to develop reusable web widgets.

An increase in the number of hybrid apps is expected in 2017. This is because cross-platform apps are simple, cost-effective and can be developed quickly.

The future outlook of chatbots seems powerful. Chatbots are PC programs which interact with users to dynamize human conversation. The mobile app development organizations are regulating all their efforts towards chatbots development in different use cases. 2017 is the year which will decide the future of chatbots and whether they are worth any investment or not.

Many top quality apps can be developed with the help of Javascript. There is no reduction in the demand of javascript, instead, it is increasing with each passing year.

React is a framework smaller than Angular 2. When developers choose ‘React’ as the app developing tool for developing web applications they must incorporate community-built tools. Smaller companies often adopt this framework, as it provides comprehensive control over the architectural stack. Instead, it can be seen that React and React Native are widely used for developing many seamless apps for users as well as employees too.

At present, it is impossible to speculate the success of the mobile app development platforms which are used for developing seamless and creative mobile apps. Hence, it remains to be seen whether the Mobile App Development Trends can add to the development of more innovative and efficient applications.