What the latest iOS 10 has in store for you 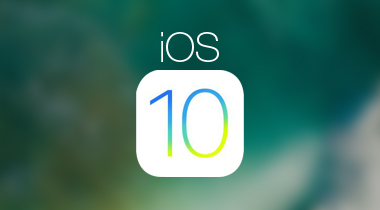 Apple recently launched the iOS 10 for various devices. The operating system consists of various features, apps and services like Control centre, Apple Pay, News, Apple Music and many more. Few of such advanced features include:

The iOS 10 has an updated lick screen which consists of a new side panel of widgets, Control centre and revamped notifications. The traditional unlocking feature of ‘Slide to Unlock’ has been done away with. The new lock screen also prevents bypassing notifications which is experienced in the 6s and the 6s plus versions. The special feature called ‘Raise to Wake’ instantly activates the screen as soon as the device is picked up without having to use the Touch ID. It also enables users to unlock the phone by using the Home button. The new version also enables users to gain access to widgets by swiping right and the camera by swiping left.

The new version consists of enhanced 3D notifications that allow users to view videos, photos and give response to incoming iMessages without having to leave the lock screen. This enables users to get various types of information instantly. Notifications can be searched by resorting to a Spotlight search. Management of notifications has also become easier with the advanced Notification centre which allows users to do away with all notifications at one go. The Control Centre which forms a part of Lock Screen is redesigned and consists of 3D shortcuts that can change intensity of flashlights, picture options for camera and timer.

Few changes have also been incorporated in the lock screen. These include the upgraded 3D touch capabilities that allow widgets to pop up when 3D Touch is applied on an app.

The latest devices will see the updated version of Siri called Siri SDK. The Siri SDK effectively integrates with various third party apps. These features will benefit an app developer who develop iOS based apps and is set to revolutionize Mobile App Development India. Some other updated features include: