Why should you outsource your Mobile App Development? 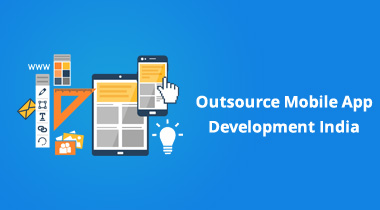 Outsourcing has become prevalent amongst enterprises in the past few years in order to save disbursements. However, it is considered that small businesses should outsource their app development work as it is economical and productive. This is indeed true for newly established businesses because they have a limited budget and they can’t meet the expense of in-house app development. Hiring new developers are expensive. This becomes impractical for short-term projects as there are additional payroll and benefits costs involved. However, there are some red flags that indicate that your company needs to outsource your mobile development. Let’s look at some of them:

According to a recent survey of over 3000 IT professionals, it was determined that it takes about 6-12 months to deliver a finished app. And what happens is that by the time the app comes out in the market, it gets out-dated. A lengthy app development schedule can build or destroy a business, especially in this mobile-first world. There are plenty of reasons for app failures, but basically, it is centered on resources. Development of any decent application demands lot of time and efforts and defective sprint management always results in lengthy obstructions. Thus, project management is also vital for timely app development. A business needs strong and persistent design plan; a backend team; a UX team; comprehensive knowledge of best practices at every stage. This is practically impossible for small businesses to accomplish. If your app launch date gets extended to two more weeks, then perhaps it’s high time to outsource your Mobile App Development.

With a reluctant user base (users that won’t download apps or check out any new app), launching an under-developed MVP (Minimum Viable Product) is just absurd. When it comes to mobile applications, first impressions bears more significance than businesses actually realize. As there are so many identical apps to choose from, if you even think of releasing a run-of-the-mill MVP, then you might be getting yourself into a situation where you won’t get a chance to do any damage control. When you have invested so much capital and time for your app development, it becomes essential for you to put out the best app from the very beginning. Outsourcing your app can ultimately get you higher ROI (return on investment) as you have acquired prominence due to a better end product.

There are many companies out there that encompass inadequate in-house skill set but still move forward with complex app development. According to a survey, it was discovered that there existed a knowledge gap with mobile development that hinders the development process. Keep in mind that it’s not just the application; there is backend integration, cloud integration, security, deployment speed, scalability. Thus, if you are investing more time and money on just understanding the techniques rather than developing an app, then it’s time to outsource your app.